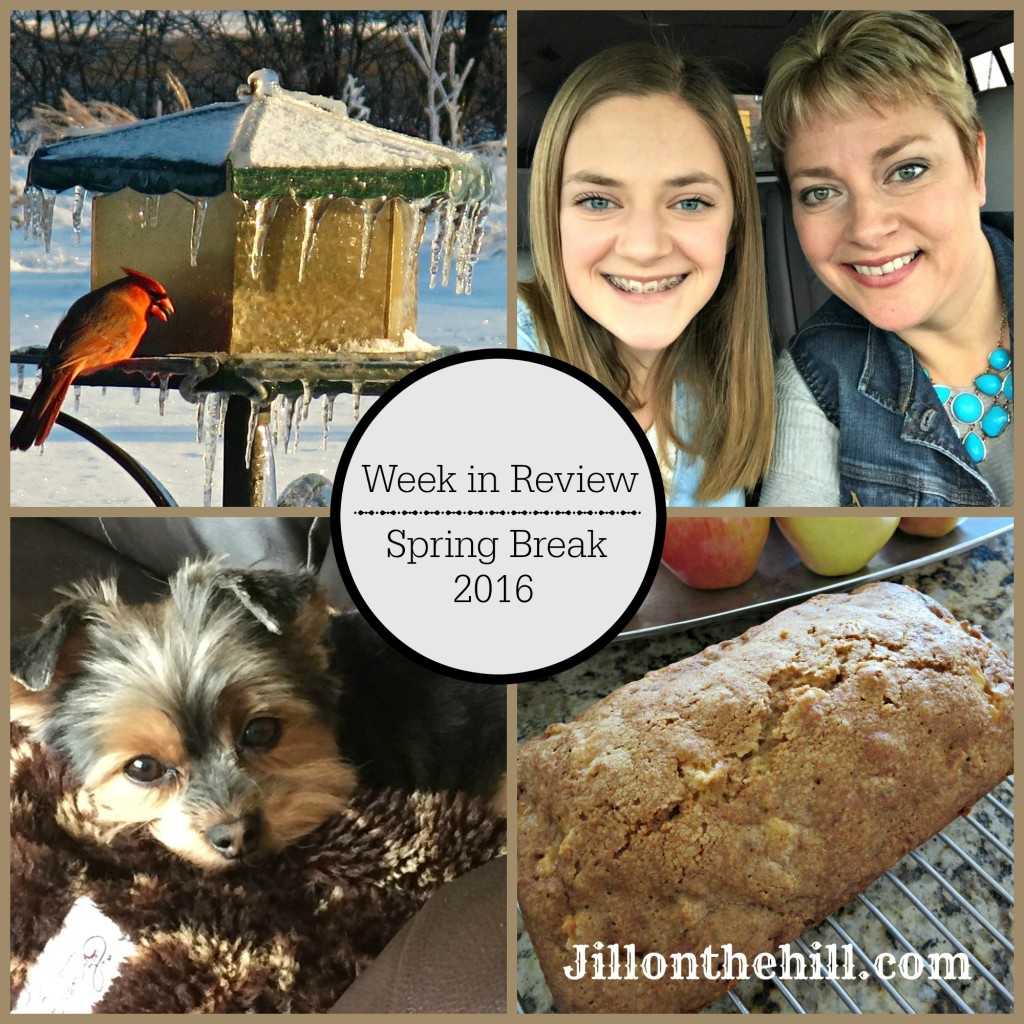 Spring break is always strange when you have multiple children in different schools.  Our college son was on break the week before Easter, while the other 2 at home had vacation the week after Easter.  While college boy was home, we didn’t see him much- he was still keeping college kid hours- go to bed at 3am and wake up around noon.  Hopefully he had a chance to rest up and get fired up for the last few weeks of college.  We played quite a few games of Nertz, (card game) he got a haircut and he got his belly full of home cooking! 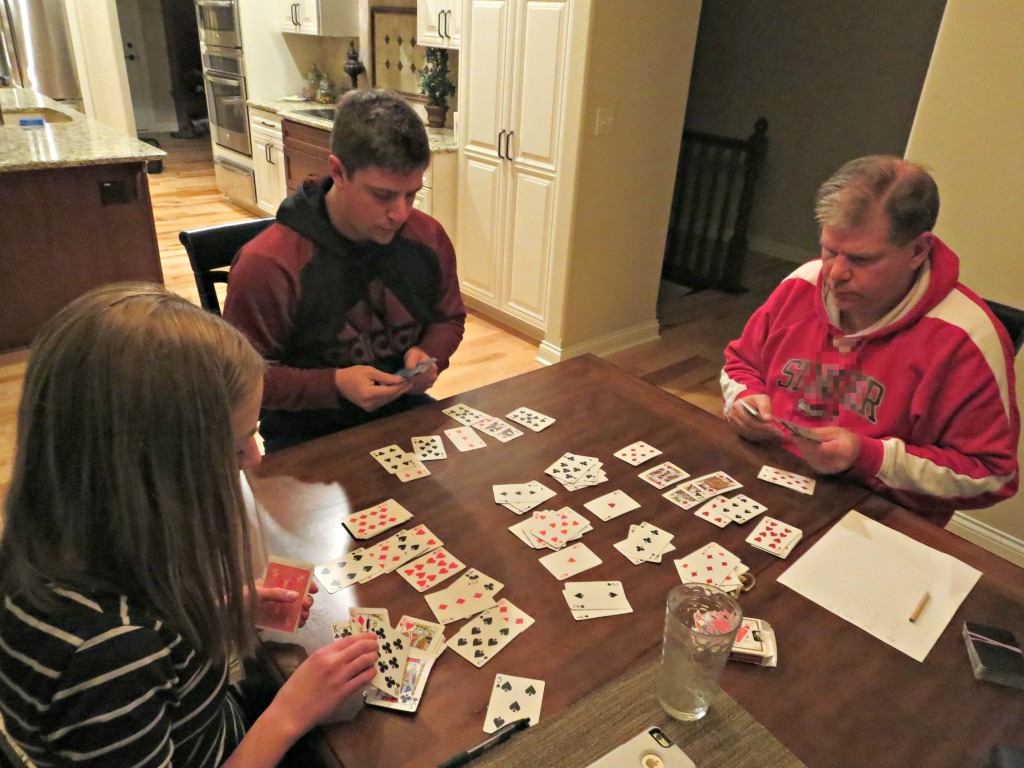 I’ll be honest here, during Spring break there was an abundance of coughing, sneezing and snotting.  A couple of us lived on a diet of antibiotics, prednisone and inhaler puffs.  Not fun.  We sent the “non-sickies” to Iowa to visit the grandparents for Easter.  I’m typically a sharing kind of person, but this was definitely NOT the time to share what we had.  Iowa was fun- from games of UNO, bowling and watching basketball games, the weekend went fast and the crew was back home on Easter Sunday. 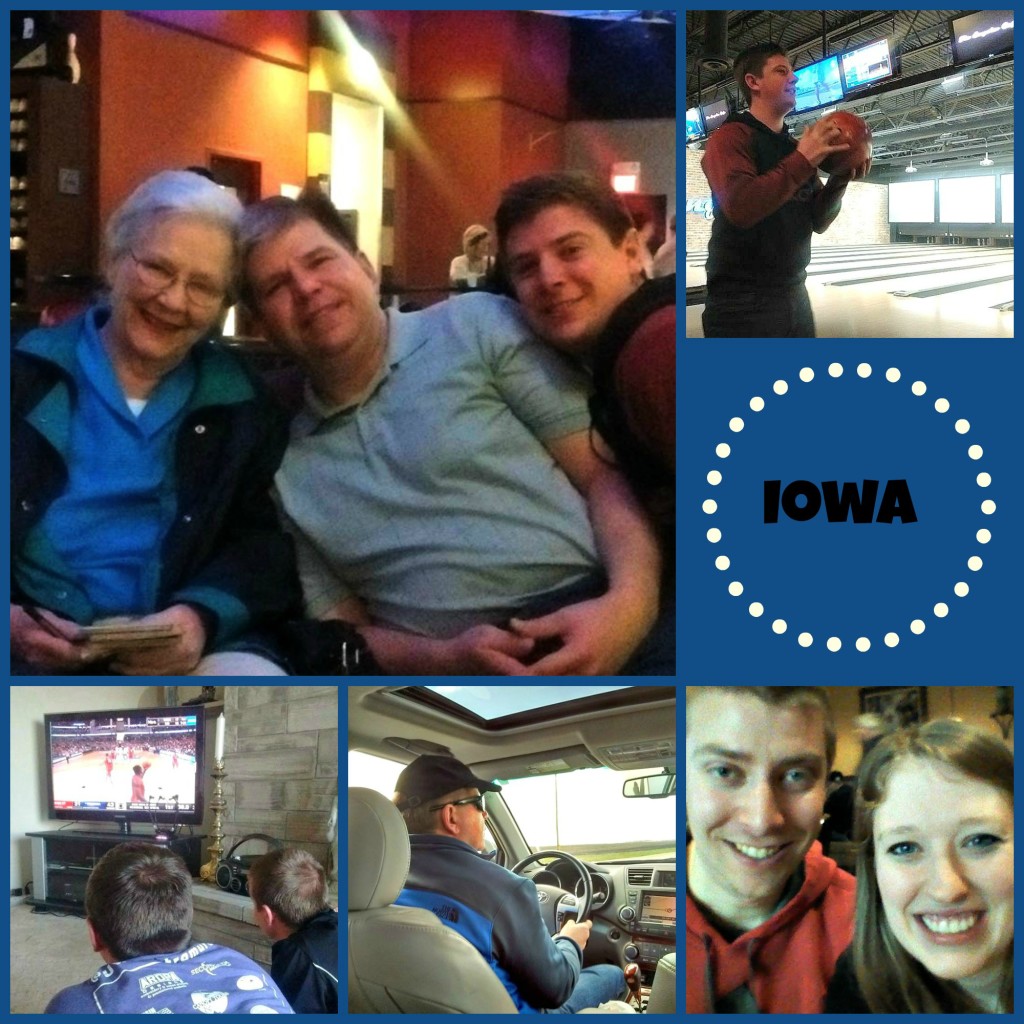 Because I didn’t want to feel totally lame as a Mom during Spring break, I managed to get out of my cozy clothes, put on grown up clothes and take my daughter out for lunch and a quick stop at Hobby Lobby.- that’s it… Yes, I am mother of the year.  We managed to get home BEFORE I had a major coughing attack that would have totally embarrassed her at the restaurant.

I look totally normal here, right??  It was an act, people!! 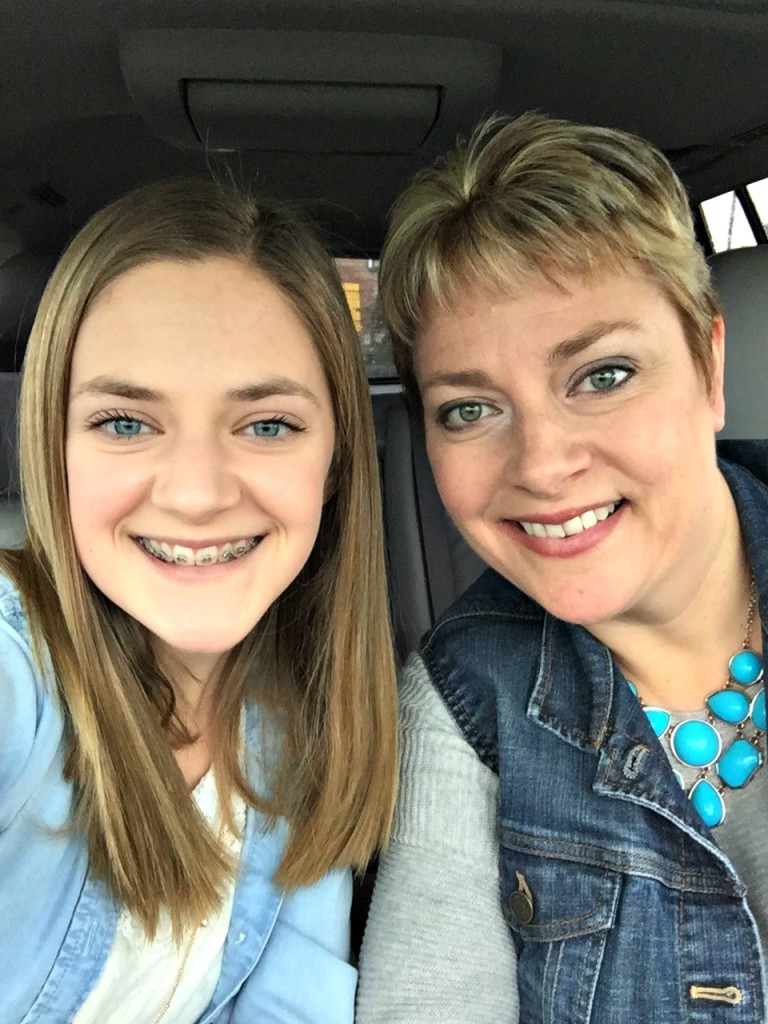 Everyone relaxed during Spring Break…..even little Minnie.  She loved having everyone home….but it was so tiring to keep up with them. 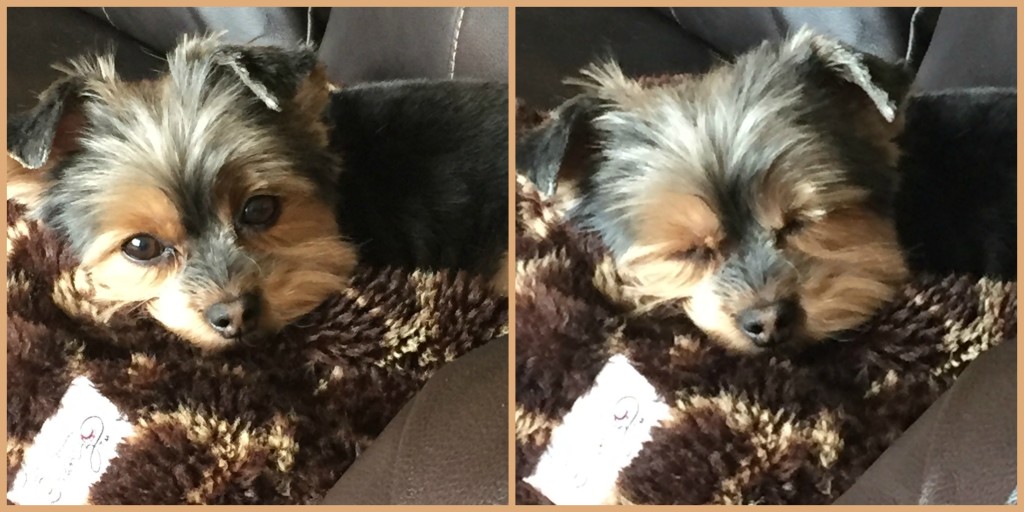 March is always a tricky month for weather. We had a few days with temps in the 50’s that really spoiled us, and then we had this.  MAJOR ICE.  Lots of trees down but I feel blessed that we never lost power! 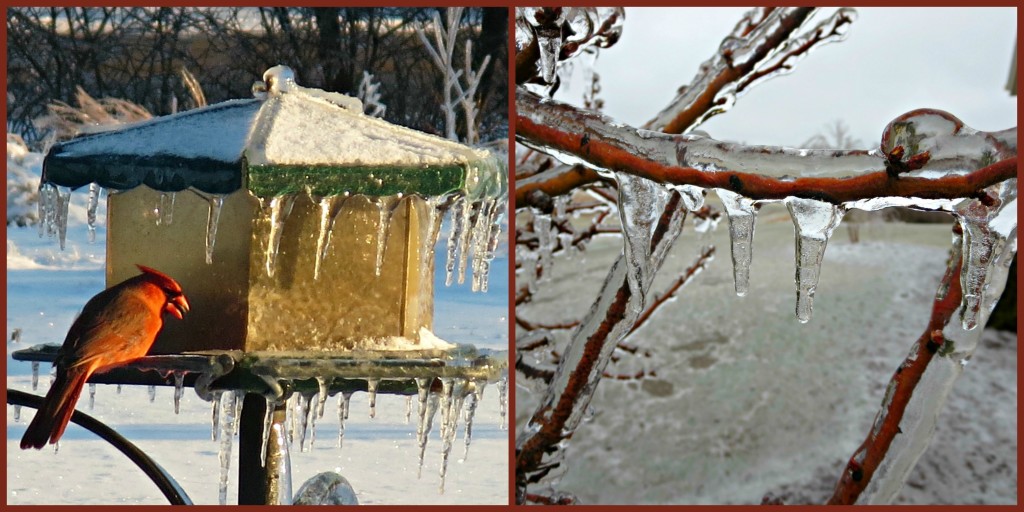 Because I’m a foodie and my life is pretty much all about feeding people, we decided to cook and bake during the week.  I was in charge of making a snack for our Lifegroup at church, so I whipped up some apple bread one day. (In my warped mind, I figured that the oven temps would bake the germs out.)  The recipe made 2 loaves so I served one and stuck one in the freezer!  It’s such a moist bread with chunks of apple mixed in….simply delicious! (I’ll be sharing the recipe soon!)

I taught this guy to make Turkey Broccoli Casserole!  It was nice having a night off from cooking!  He did really well!  By the way, he calls this his “Donald Trump face.” 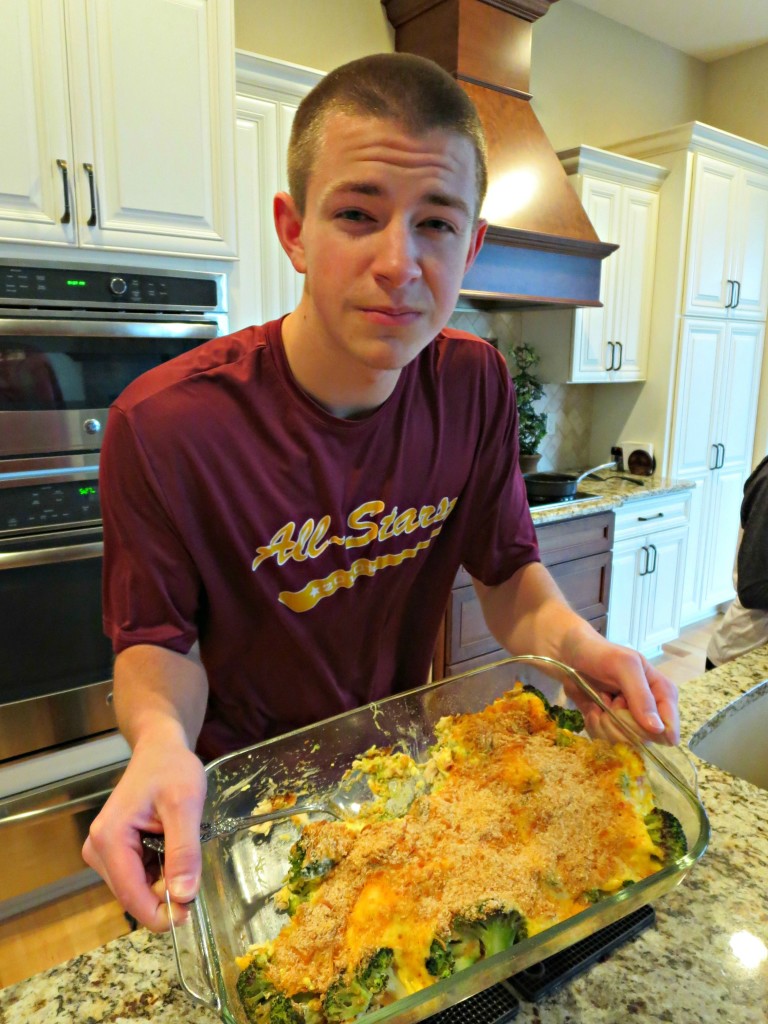 It was a very special night when we made root beer floats! YUM! 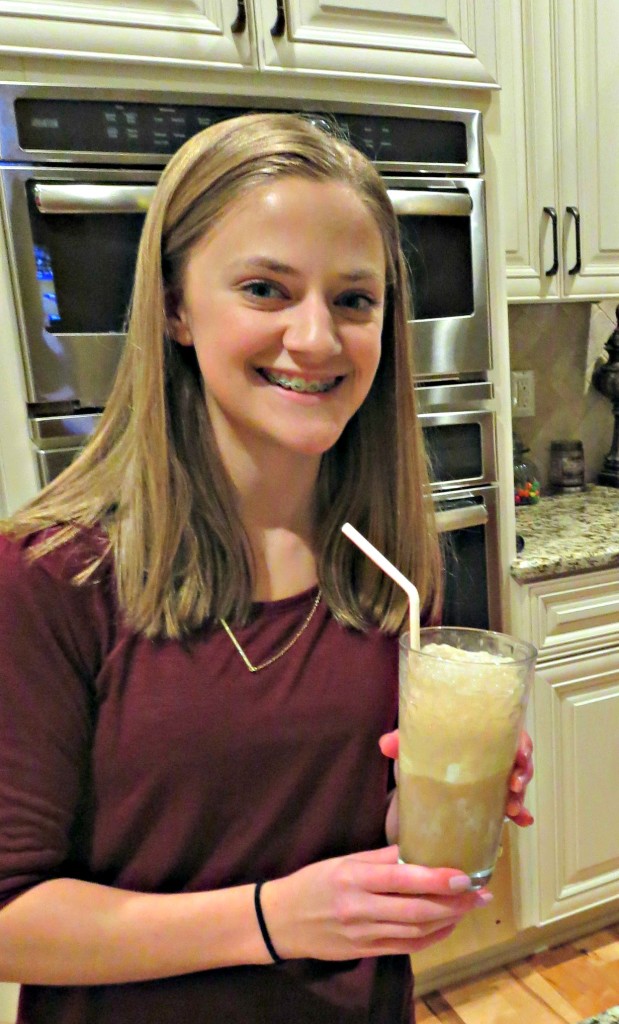 And finally, we saw that our grocery store had some good looking strawberries on sale so we decided to pretend that it was Summer and we made freezer jam.  She realized that she LOVES strawberries and she likes sugar so hey, she decided to lick the spatula and the measuring cup!! I think we’re set on jam for a few months!

I’m sure you were totally underwhelmed reading this exciting Spring Break post.  Hey, sometimes things happen, people get sick and plans have to be altered- that’s life, I guess!  I was VERY thankful for Facebook & Instagram and could keep up with friends that were in Hawaii and Florida over break! I lived vicariously through them!!

Linking up with Grammie Time & The Diary of a real housewife. 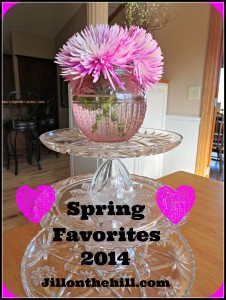 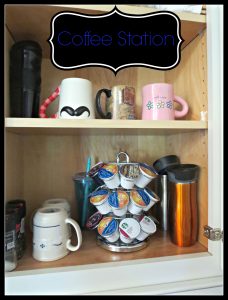 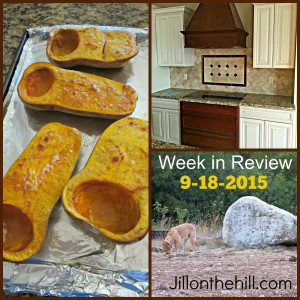 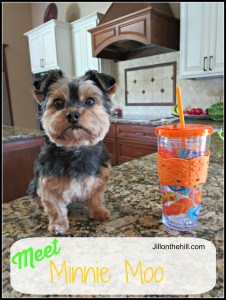 Show up daily as the person you want to be. Before