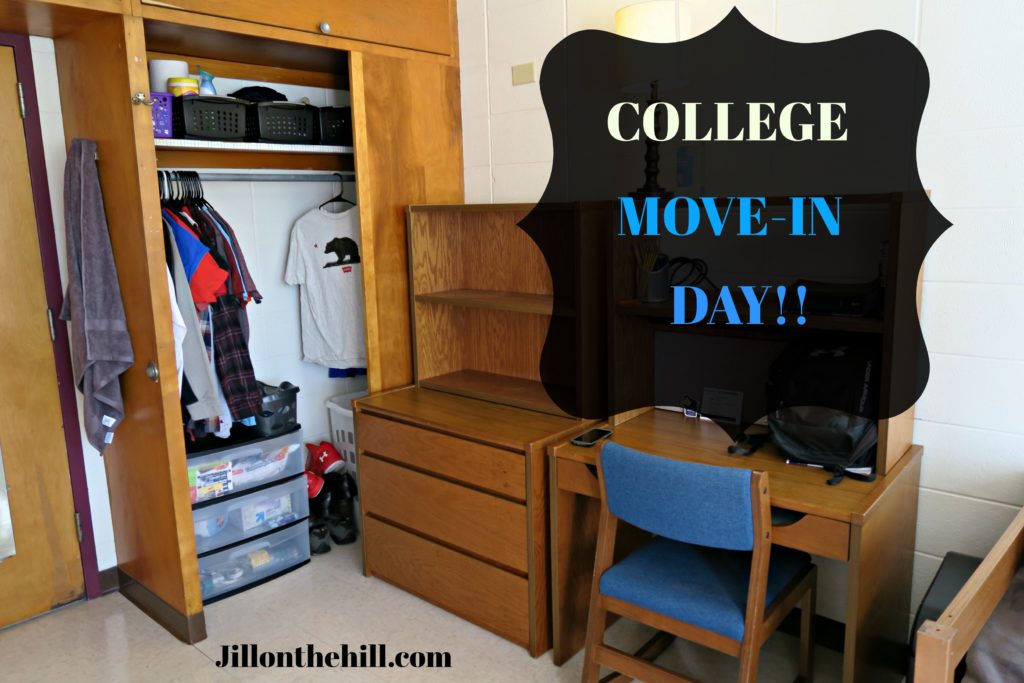 After moving two of our sons to college, moving our third son into the dorm was a BREEZE!!  I won’t lie, having a University that really knows what it’s doing on moving day is the KEY!!

Thankfully, our son is a no frills, low maintenance kind of guy so we only needed one car to pack up his stuff!! 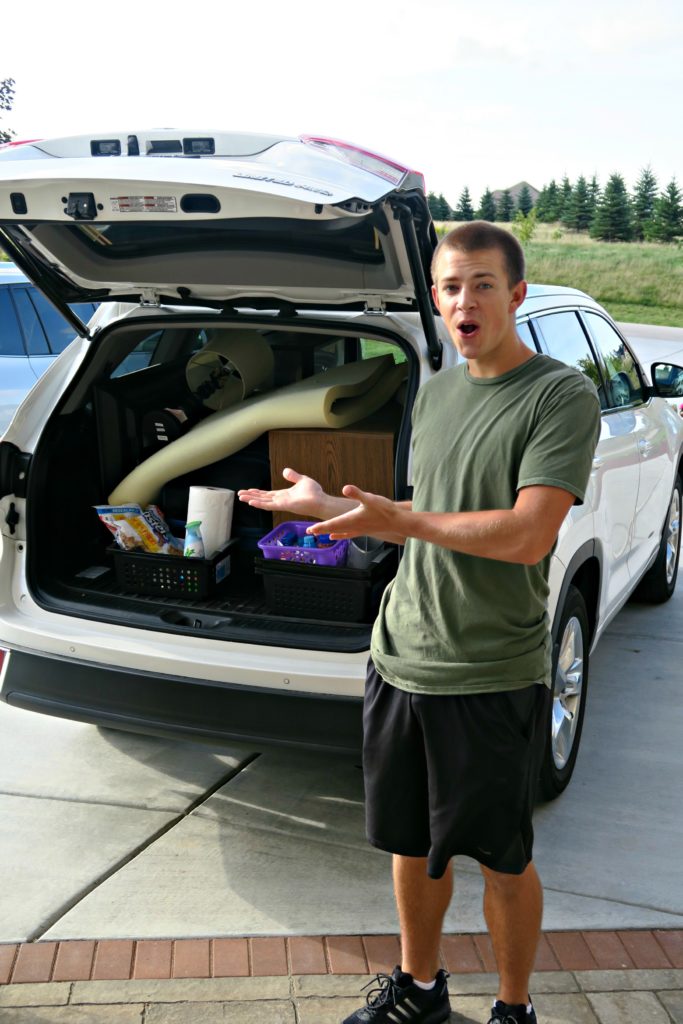 His check in time at college was between 8am-10:30 am, so we hit the road at about 8:30, hoping to avoid the “be there first” rush!  About 40 minutes later we arrived on campus and were directed to the back of the dorm to unload. As I drove in, I noticed that one of the flaggers stuck a post it note on the back of my car- it had the hall and room number on it!  I pulled up, popped the trunk of my car, and a few guys from the football team ran right over and unloaded my car and started carrying his stuff up to his room! They knew which room because of the post it note! 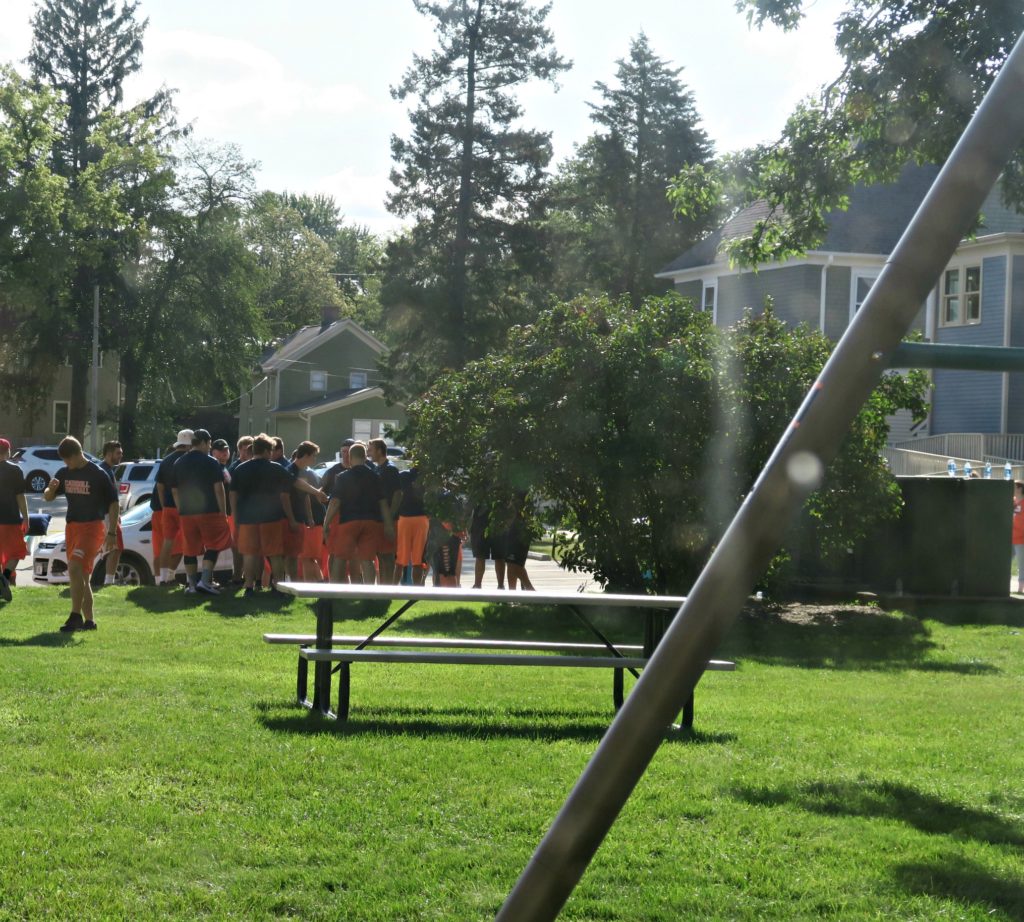 Seriously….I didn’t even have to leave my car!!!

I was then directed to an overflow lot to park that was a little bit of a jaunt from the dorms.  Golf carts buzzed down the sidewalks and into the parking lots to transport parents back to the dorm after parking! Unbelievable!!  The woman who drove the golf cart was an academic advisor at the University and volunteered to help for the last 11 years!  She said about 200 volunteers, both student and staff helped on moving day!!

By the time I got back to the dorm, my son and hubby had checked in and they were unlocking the room to start the move in process.  All of his things were nicely placed right next to his dorm room!  We each took an item in and started unpacking- I started by making his bed, while my son unloaded his clothes and hung them in the closet.  Because his roommate hadn’t moved in yet, we decided to leave the beds “un-bunked” and they could re-arrange later. Here was the result!! See?  No frills or decor- just simplified living!! 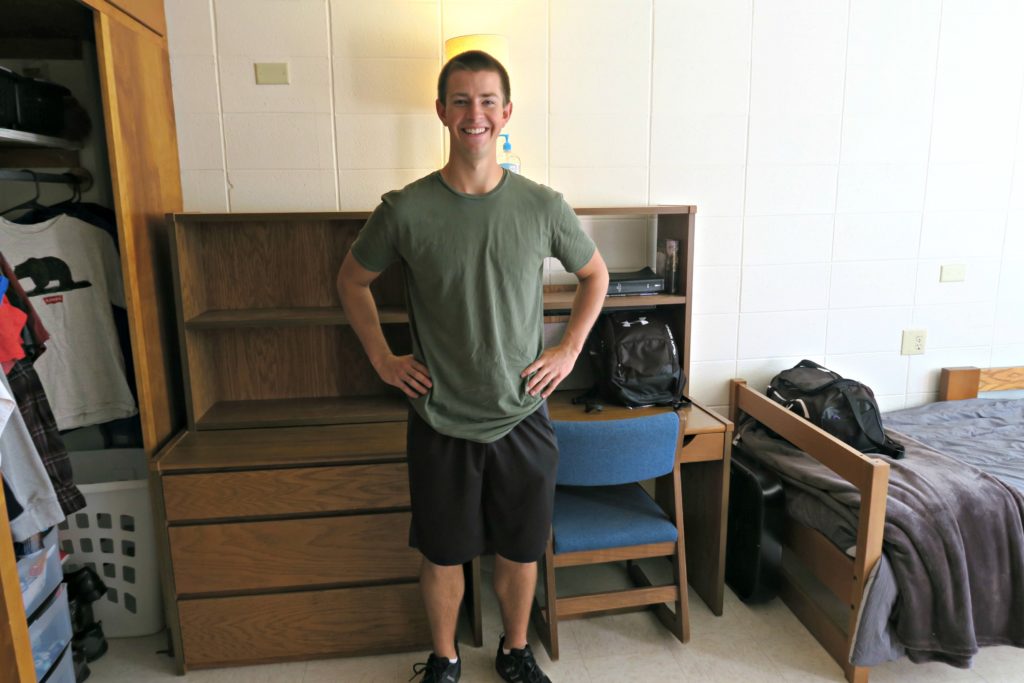 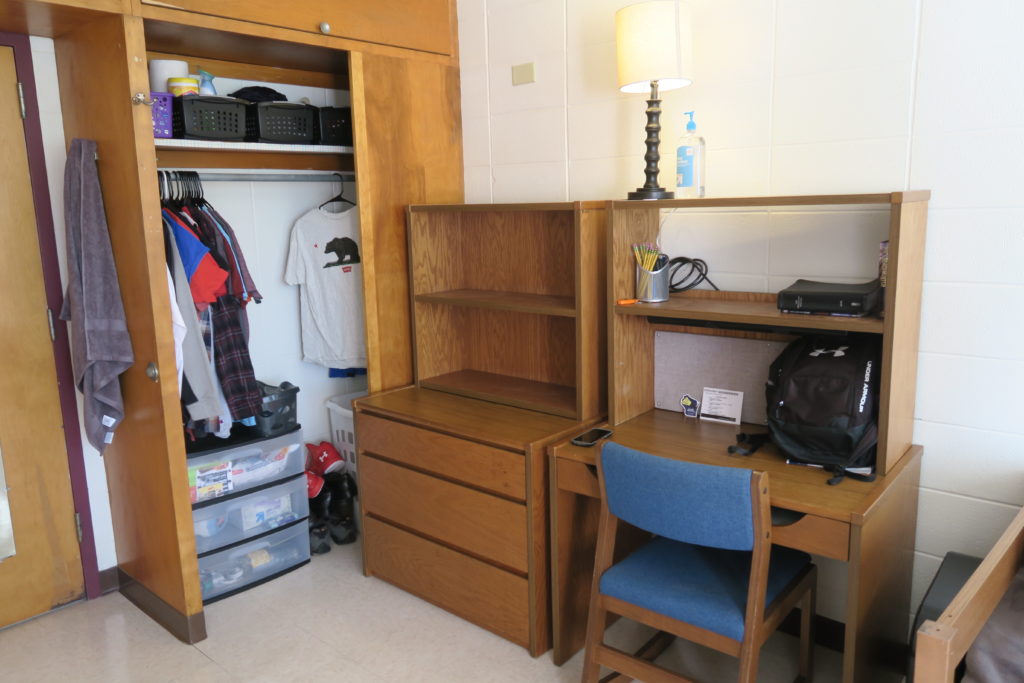 SUPER Thankful for an amazing move in experience!!

Up next week on the blog- more details of where we put everything!!!

Linking up with This is how we Roll

See you next week!!
Organizing a dorm room- guys version 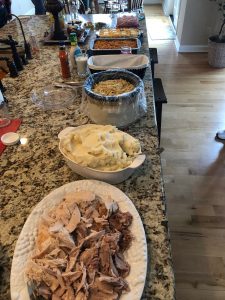 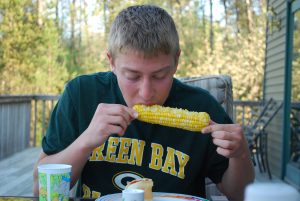 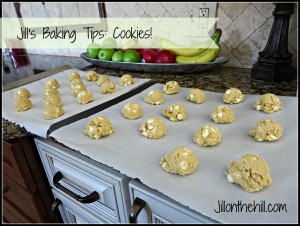 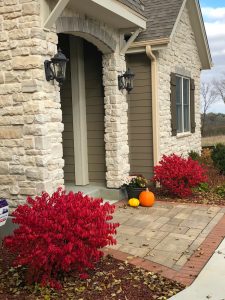